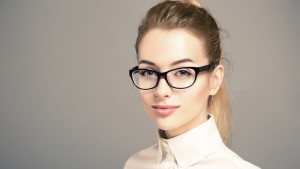 Let’s take a deeper look into this question to try to find out whether or not men really do like dating smarter women:

How Smart Are They?

One of the biggest factors when it comes to whether or not men really like smart women is just how intelligent they are. While most men that you talk to do want to be able to have some sort of intellectual conversation with the woman they are with, most will also tell you that they do not want the woman to be smarter than them.

Now, obviously this is a bit of a double standard and even sexist to a degree. However, if we are being truthful about the matter, men seem to pride themselves on their confidence much more than women and therefore do not want to be embarrassed about the fact that they are clearly less intelligent than the woman they are with.

What Type of Intelligence is It?

When it comes to dating and smart women, the type of intelligence is also going to play a factor. While men do not tend to think as long term as women, a man is certainly going to think about how conversations are going to be carried on down the road.

With this in mind, they may be intrigued by the thought of having an intellectual conversation about Donald Trump or LeBron James but will probably not have much interest in hearing about physics. Obviously there are many different types of intelligence and whether or not men enjoy it will depend on their unique likes and desires.

At the end of the day, men do tend to enjoy dating smarter women; just so long as they are not as smart as them. Even if woman is smarter in some aspect, it seems as if intelligence on equal playing fields is the best for both the man and the woman. As you know, everyone is different in their desires and will react differently to certain scenarios.