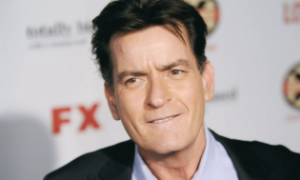 In an interview with The Today Show on November 17, 2015, Charlie Sheen confirmed that he is HIV positive, but he has undergone treatments that make the virus undetectable in his blood. His rigorous treatment because four years ago when he was originally diagnosed. This left many to wonder what this mystery treatment is and how it affects others. To understand this claim, you must first understand some information about this incurable disease.

HIV, also known as a human immunodeficiency virus, transfers through blood, semen, vaginal fluid, pre-ejaculate, or breast milk. This disease affects about 1.2 million people right now, attacking the immune system and eventually progressing into AIDS. Many victims of HIV may not even know they are infected, preventing them from getting proper palliative treatment. Since this disease has not yet found a cure, antiretroviral therapy is available to treat HIV infections and lower the risk of transference by 96%. This treatment helps victims that live with HIV, giving them a longer and healthier life.

How is it Undetectable?

Charlie Sheen’s physician, Dr. Robert Huizenga, appeared on the show to clarify what Sheen meant by “undetectable.” Though this phrasing does not mean it is cured, an undetectable viral load means that there are fewer than 20 copies of the virus in one milliliter of blood. This means, if Sheen were to have his blood taken today, the amount of HIV in the blood is at a level that the best tests would not pick it up. In cases like these, it is unlikely to transfer HIV to a partner with or without a condom. With the exception of California, undetectable levels do not even require the individual to tell their partner about their HIV status. Even so, it is important to use protection since the risk is still there.

The Future of Charlie Sheen

For the rest of Charlie Sheen’s life, he will need to take his four antiretroviral prescriptions each night to keep the virus at this low level. There is still a risk that the amount of HIV in his blood can sporadically increase so he will continue to be tested. Since there is no cure, Sheen still must take special precautions against any additional viral infection. His immune system will continue to be at risk until there is a cure or his life is over. However, this breakthrough clears the way for further research to create a permanent remedy in the future for sufferers everywhere.